It is known that logo designers have had a huge influence on the success of the biggest bands in history. Don’t get me wrong, it is no wonder that music talent is the real thing in this business, however a good brand identity design always helps to forge the legend of best rock bands. Some of those brands were created by famous artists, others were designed by unknown designers, but all of them have something in common, they were able to develop much more than simple logos, they created true, unforgettable, unique brand experiences that will last forever.

One of the best pop art logos in history. It is believed that this logo was designed by Andy Warhol, however, that’s not true. It was John Pasche, a British art designer who created the flawless “Tongue and Lip Design” in 1971, which was originally reproduced on the Sticky Fingers album.

As we always say… “At logo design, the simpler the better”. This is one of the best examples of brilliant simplicity. Designed by frontman Trent Reznor and Gary Talpas, the Nine Inch Nails logo works as a block to catch the attention and remains in the retina. This band logo is so relevant that it has even been used for a Canadian political campaign. It was used by R. Notley (the Premier of Alberta), D. Iveson (Mayor of Edmonton) and N. Nenshi (Mayor of Calgary), whose surname initials make up ‘NIN’, to brand their party campaign in 2015.

Just mix an iconic, simple shape with the red colour and you’ll have a winner logo. The unknown designer can be proud of delivering one of the most profitable logos in history of rock, although he is not getting a nickel for it. The millions of RHCP t-shirts sold every year are the best evidence of the relevance of this icon. Red Hot Chilly Peppers branded material business is 90% based on its logo. The rights to the Red Hots logo usage are currently owned by Bravado Int. who recently sued a Florida clothing company for $11 million dollars after the company used the logo on a single jacket, at the request of an individual customer. Definitely, the most expensive jacket on earth.

Led Zeppelin’s logo was designed by S. Thorgerson and A. Powell in 1973 for the cover art for the album “Houses of the Holy”. The most iconic part of this logo is its typography. Such a strong personality to define one of the biggest rock bands in history. They also created the singular Icarus silhouette for the same album. Both symbols have been used several times later not only for albums but also for the band merchandise which means more than seven numbers every year.

Defiant and rebel. Nirvana “smiley face” logo design has become not only an icon of the grunge culture but also a symbol of the youth spirit all over the world. It is believed that it was designed by Kurt Cobain and appeared for its first time on a flyer for the release party for the “Nevermind” album on 1991. Some popular tales state it was based on the logo of a strip club in Seattle called The Lusty Lady.

Four letters are enough to create a great logo. Kiss logo is pure energy, pure strength and pure rock. It was Ace Frehley himself who designed the brand identity of the band, making the “SS” look like lightning bolts, when he went to write the new band name on a poster outside the club where they were going to play. The similarity of the “SS” letters with the Nazi iconography forced KISS to change their logo in Germany, Israel, Poland and other countries that outlaw Nazi symbols.

Foo Fighters logo, designed by Don Clark is a great example of simplicity and geometry to create a unique icon. The round shape always works in matter of branding. In this case, the double FF adds singularity and defines a great brand for a great band.

Elegant, simple and eye catching. That’s enough for this band, they add the rest with their amazing music.

In the middle of the psychedelic fever, The Doors get this outstanding logo that defines an iconic piece of the rock of 60s and 70s. This iconic band logo, designed by an Elektra Records assistant, first appeared on the cover of their debut album called “The Doors” on 1967 and later on the cover of “Waiting for the Sun” which was launched on 1968.

The Russian style typography defines this singular logo that makes a difference from other contemporary Indy rock bands and tells you clearly that they don’t belong to that stuff. They are simply Kasabian. 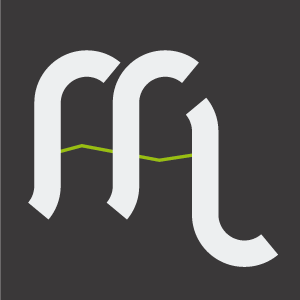